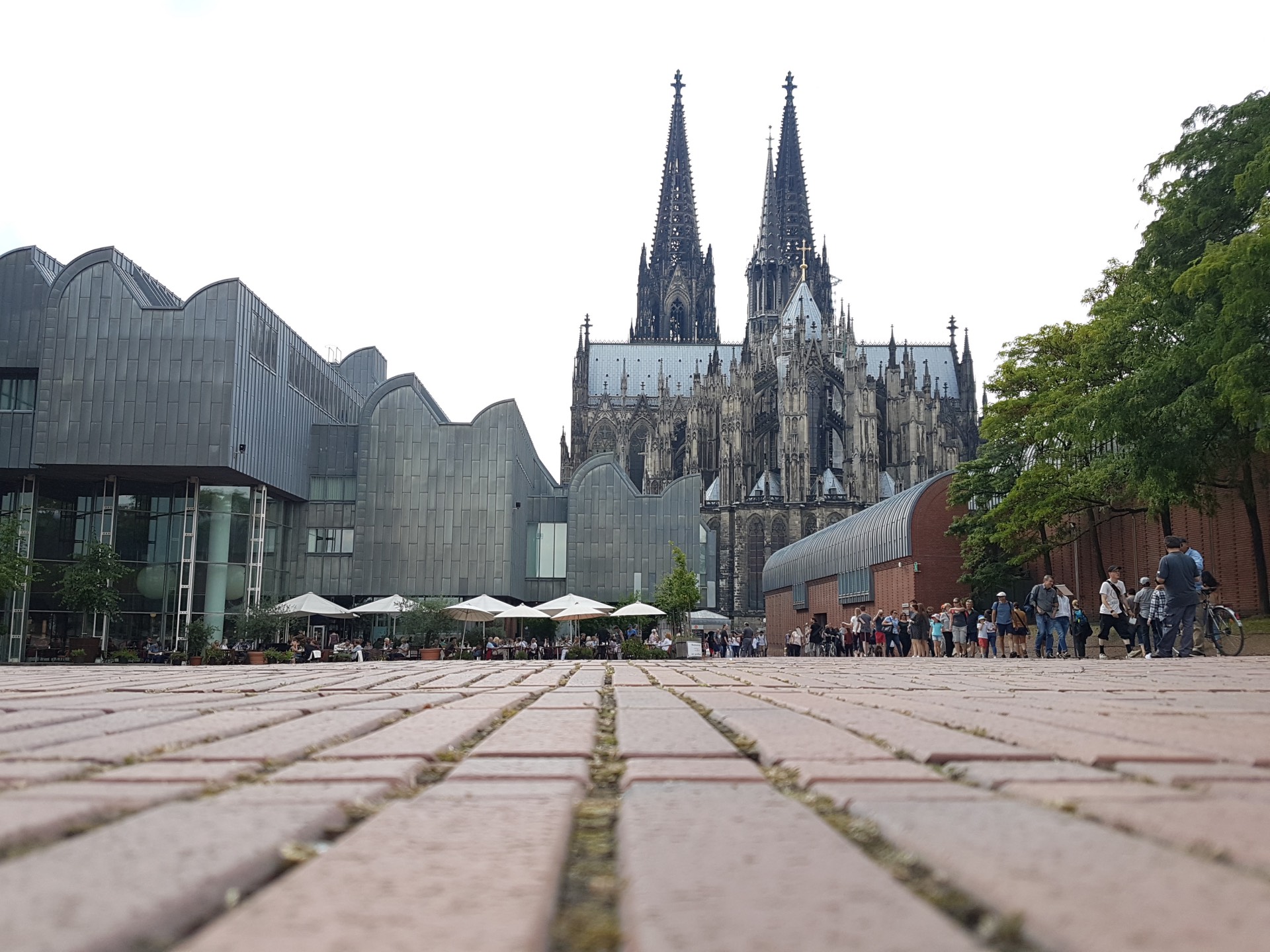 After breakfast with German breadrolls and coffee Yogyta and I went exploring in Cologne yesterday. The city in Germany’s Rhineland is famous for its amazing gothic cathedral and the openness of its inhabitants. I grew up in Rhineland so I wanted to show Yogyta the beauty of this city.

We started with the Cologne triangle, a highrise buiding that offers a stunning view. From here you can see the cathedral, the Cologne arena that hosts major events, the river Rhine and a lot more sights.

When we walked the Hohenzollern Bridge that leads to the city side of the river, we had a closer look at the famous love locks. There are thousands of those locks. Couples fix a lock to the bridge that usually states their names and sometimes the day of their first date or marriage.

Hoping for neverending love, they then drop the key in the river. Some of those locks have really nice little texts and looking at them always makes me think a lot. Most people probably think it’s very romantic to add a lock to the bridge, showing the whole world that proof of their love but love isn’t eternal by nature, nor can or should it be forced. We can only hope it lasts and from my perspective a lock is a very weird symbol for something so vulnerable. I like to believe that when we love somebody we choose to be with that person rather than needing him or her. But I assume everyone has their own definition and no matter what it is, those locks really look nice and while they might symbolize being stuck forever due to a sunken key on one hand, they also symbolize a lot of hope and faith.

533 stairs lead to the top of the south tower of Cologne’s most famous building, the cathedral and Yogyta climbed them all. I have seen the cathedral so many, many times in my life but I will never stop admiring its perfection and its dimensions. The construction was started in the 13th century and it took quite a while for the building to be finished. During world war II, the cathedral was hit by several bombs but while the surrounding area didn’t look any better than the ruins of today’s Aleppo, the cathedral remained.

While Yogyta was working her way up to the top, I was on whatsapp with her mum. Yogyta has a very good relationship with both her parents and her brother and I felt like her mum would be relieved the more news she gets from Germany.

After some more walking around we had drinks at the Herbrand’s, one of Cologne’s beer gardens.

Here we had one of those interesting conversations about things that are different in our countries. At some point, Yogyta wanted to learn her very first German sentence and I really had to laugh out loud as it happened to be ‘Wo ist die Toilette?’ for no reason which then led to some toilet talk which obviously is one of those things that can be discussed in depth with our different backgrounds.

We then made our way back to Lohmar, the small town where my best friend lives where we went to a pub where I hade one of my very first jobs in my 20s. We talked a lot over food and drinks and then called it a day as Paris is waiting.

I’m writing these lines in Paris while Yogyta is getting ready for bed, all excited about the things we might possibly see while in the french capitol.