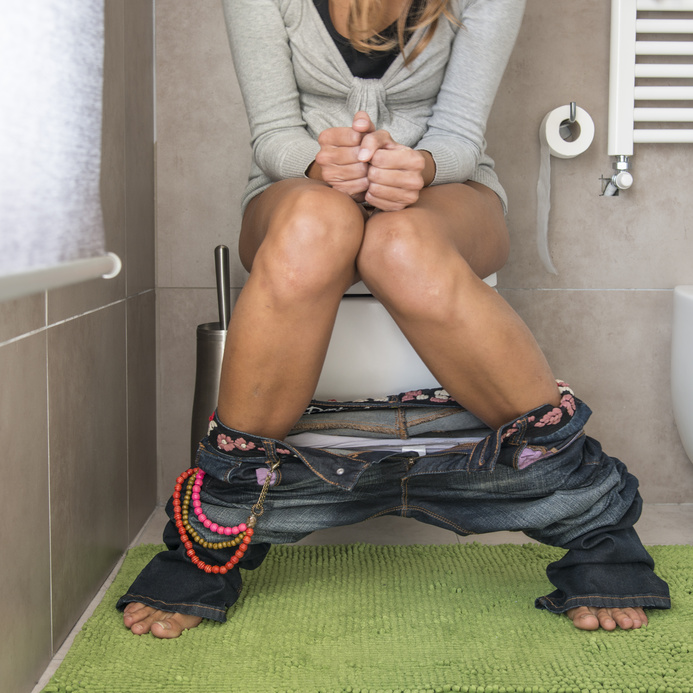 Ok, it’s time to get down to the basics of human nature. I was wondering when this topic would come up on my little road trip with Yogyta and I was right assuming it wouldn’t take long (day 2) – so let’s have the toilet talk!

After taking a break at a dutch rest stop where she needed to use the bathroom, Yogyta started beating around the bush a little. I knew what she was gonna ask me but I was curious to see how she would address the subject, so I waited.

Finally she asked me how we clean ourselves in western countries after using the bathroom. The thought that toilet paper is enough for most people here, doesn’t feel right for Yoyo. So there we were sitting on a lawn by the highway, talking about the right way to poo and clean yourself.

There are so many cultural differences between the Indian and the German culture but to be honest, the one that a lot of people give much thought is the question why Indian people use squat toilets and don’t use toilet paper.

If you’re yet to travel long distance you probably never thought about it but there are many countries where squat toilets are quite common or you find the western toilet but there is also a hose or a bucket with water and sometimes no toilet paper.

When I tell people about this, a lot of the time the reaction is disgust. I have to admit that I’m not a big fan of squat toilets or using only water myself but if there’s no alternative, I’m ok with it. As with so many things in life, we tend to believe that our way is the right way. So let’s have a closer look.

Having travelled a lot, I realize how important defecation can become once you leave your comfort zone. A lot of westerners (including myself) don’t feel comfortable having to use a squat toilet.

I actually starved myself for 36 hours before boarding the train from Jaisalmer near the Pakistani boarder to Delhi as I was terrified I would have to use the squat toilet on the 18 hours train ride. Supposedly those toilets were hell on earth – at least if you trust other people’s travel experiences. Shortly before arriving in Delhi I was so thirsty that I bought a tea from the chai wallah. Out of curiosity and because the train which had been right on time throughout the whole trip came to a long unexpected halt, I decided to pay that hell hole a visit and was surprised to find a place as spotless as I wish the Deutsche Bahn would provide.

Why is it that us westerners are so concerned about having to use a different kind of toilet? The reasons I collected are that it is considered unhygienic, dirty, it’s gross to clean your bum only using water. Somehow there is this urge to connect squat toilets to a low level of hygiene and a high level of poverty. But is this really true?

I had the toilet talk before and I’m actually happy to have it with Yogyta now and so sitting on the lawn by the highway we talk and google and talk. Yoyo quotes an article saying “if a bird shits on your arm, will you use paper or will you clean it using water and maybe soap?” A simple question and I guess most of us would answer that of course we would use water and soap as everything else would be really disgusting. So, here we go. Maybe that bucket or that hose are not that bad after all?!

Let’s talk about posture. Some of my Indian friends who have both, western and squat toilets, in their family homes are convinced that the defecation posture on the squat toilet is much healthier than the sitting posture with its different angle. Actually, this seems to be right. Apparently, squatting allows a faster and more efficient bowel movement. If you’re interested in finding out more, this article gives a little insight.

So, here we are – once again the things that are different aren’t necessarily worse. Next time that I will travel India or any other country with a squat toilet, I will give it another chance.

What’s your opinion on squatting or sitting? Leave your comments here.